In 1775 Lord Dudley promoted the building of the Dudley No. 1 Canal from Dudley to Stourton. Robert Whitworth was commissioned to survey the route and in 1776 an Act of Parliament agreed the construction. The first section was built from Dudley to join the canal from Stourbridge to the River Severn and later in June 1792, the Dudley Tunnel was completed to link the Stourbridge Canal to the Birmingham Canal.

The Dudley No 2 Canal

It was the dawn of the Industrial Revolution; the heyday of the canal era and the waterways in the West Midlands were fast becoming the hub of the entire UK system. Not surprisingly, with almost all raw materials and manufactured goods being transported by sturdy and reliable narrow-boat, the Birmingham Canal Navigations (the BCN, as they are now known) soon fell victim to their own success and became heavily congested. In particular, this congestion impeded the otherwise steady and highly-lucrative movement of coal from the abundant supplies in the Black Country, on their long-haul journey south to fuel the fires of residential London. As a first major conflict in modern domestic economics, this could not be tolerated! (map-link)

So, in 1792 the owners of Dudley No. 1 planned an extension of the canal via Netherton to Selly Oak, forming a new southern route and work began in haste in 1794.  The Dudley No. 2 Canal was surveyed, constructed and opened in 1798.  The 11 mile route crossed The Leasowes Valley with an 18 metre high embankment, the first of its kind to be constructed, while the high ground of the Woodgate Watershed was crossed by a 2.2 mile tunnel, one of the longest in the UK.

Below is the original plan of the canal made by John Snape in 1792. It currently rests in the National Waterways Museum in Ellesmere. 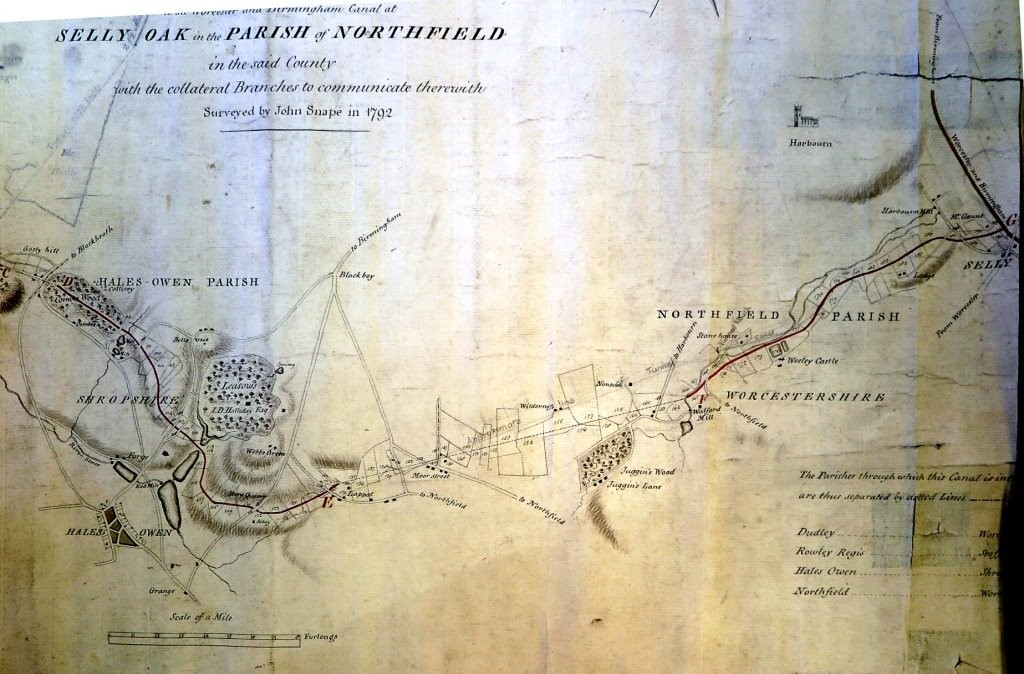 In 1841, the Superintendent of the canal, Thomas Brewin, devised a very successful scheme which used a steam pumping engine and stop locks at either end of the tunnel to create a flow to speed up traffic; and in 1845 the amalgamation of the Dudley Canal and the Birmingham Canals was agreed, to avoid the canals competing and to help counter the commercial threat from the railway. In 1846 the canal became part of the Birmingham Canal Network and in 1858, after 3 years of work, the Netherton tunnel was opened to improve on the Dudley Tunnel, this was the last canal tunnel built at a cost of £302,000. 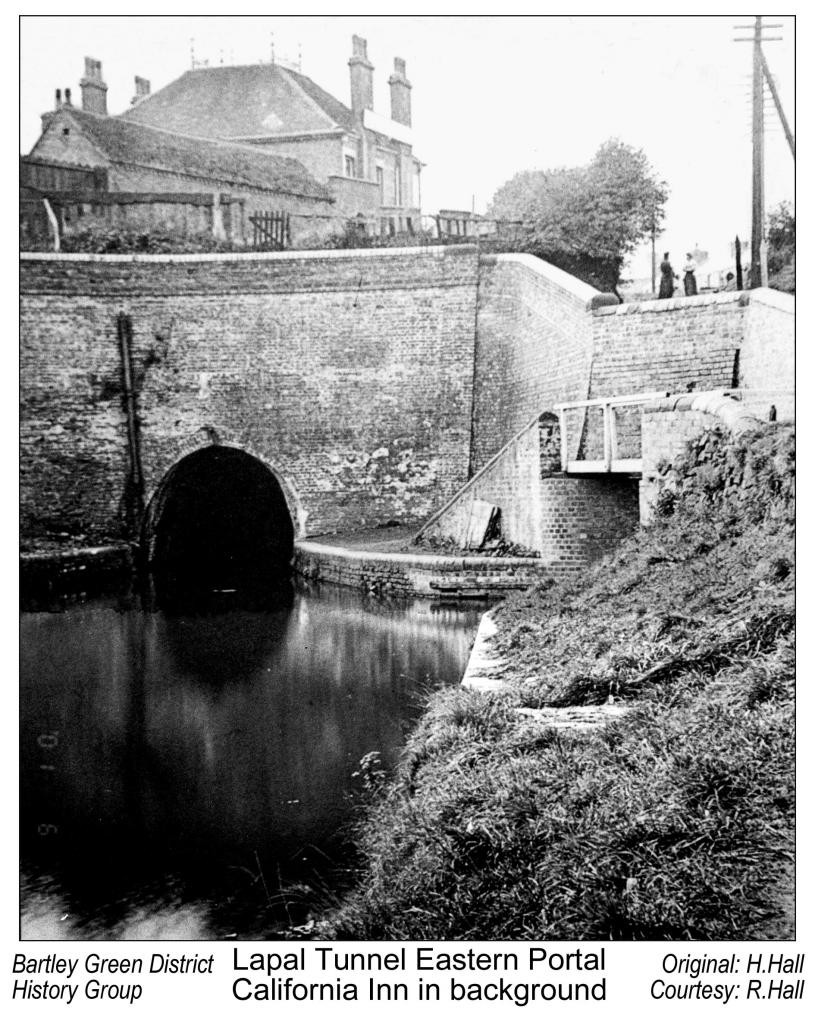 The Dudley No 2 Canal served for more than a century until it finally fell victim to some of the defects of its hurried construction.  As early as 1801 the tunnel suffered the first of many collapses having unfortunately also been built through a geological fault, and then in 1917 there was a serious tunnel collapse which was deemed too costly to repair and resulted in the final closure of the tunnel and the end of full navigation of the canal.  In 1926 the 5.5 mile eastern section from Hawne Basin to the Selly Oak canal was formally closed and in 1953 was finally decommissioned.

But, having been disused and almost forgotten for over half a century, it now awaits sympathetic restoration using modern engineering solutions.

Big thanks to Hawne WI and Warley Baptist Church for their interest and opportunity given to explain the history of the Dudley No 2 canal and the current restoration activity. Also thanks to both groups for their much appreciated donations. Any group wanting a presentation please contact the Lapal Canal Trust by adding a comment or via www.lapal.org ... See MoreSee Less

WHITEHOUSE WHARF Progress Report Week 10• Good progress with 25% of the soil from the basin removed.• Capping Beam along the 70m edge complete• Ready for concrete pour for 40m length capping beam.• Next week plan to finish the capping beams and to continue with soil removal.• Thanks to CRT for agreeing to store the very old blue capping bricks and arranging for 6 new bollards. ... See MoreSee Less

Thanks to Paul Smith and volunteers for arranging another litter pick. A couple of hours was spent in glorious weather on Sunday afternoon clearing litter from the route of the canal where it crosses Bottetourt Road, next to the Mencap building. What a difference they made, thanks also to the Council for collecting the pile. ... See MoreSee Less